St Paul's is a small parish with lots of energy!
Our staff is primarily volunteer.
​The church office is open Wednesday through Friday from 10 - 2 PM and by appointment.
Meet the  Convention Delegates and Vestry!
Delegate (2-year term): Jordan Mason
Jordan Mason has been a member of the Episcopal Church since 2013. Originally from Nashville, TN, she attended seminary in Atlanta, GA, and graduated in 2016. Jordan moved to St. Louis in 2018 to begin her PhD studies in Health Care Ethics and Theology at St. Louis University, preparing for a career in clinical ethics. She remains dedicated to the study and practice of theology and in the life of the church, and is interested in learning more about the Episcopal Church in order to incorporate more of its theology and ecclesiology into her ethics work.

Alternate (1-year term): Angela Breeher
Angela just completed a two-year term as Senior Warden. As a long-time Episcopalian, she has worked in the Episcopal Church for 27 years as a Parish Administrator at three St. Louis parishes and served as the Bishop’s Executive Assistant. She now works at Episcopal City Mission, an organization that provides programs and pastoral care to youth in the juvenile justice system in St. Louis. Angela served as an alternate delegate, and then delegate in 2019 after a delegate withdrew. Last November she was elected to represent our Metro III convocation on the Diocesan Council. 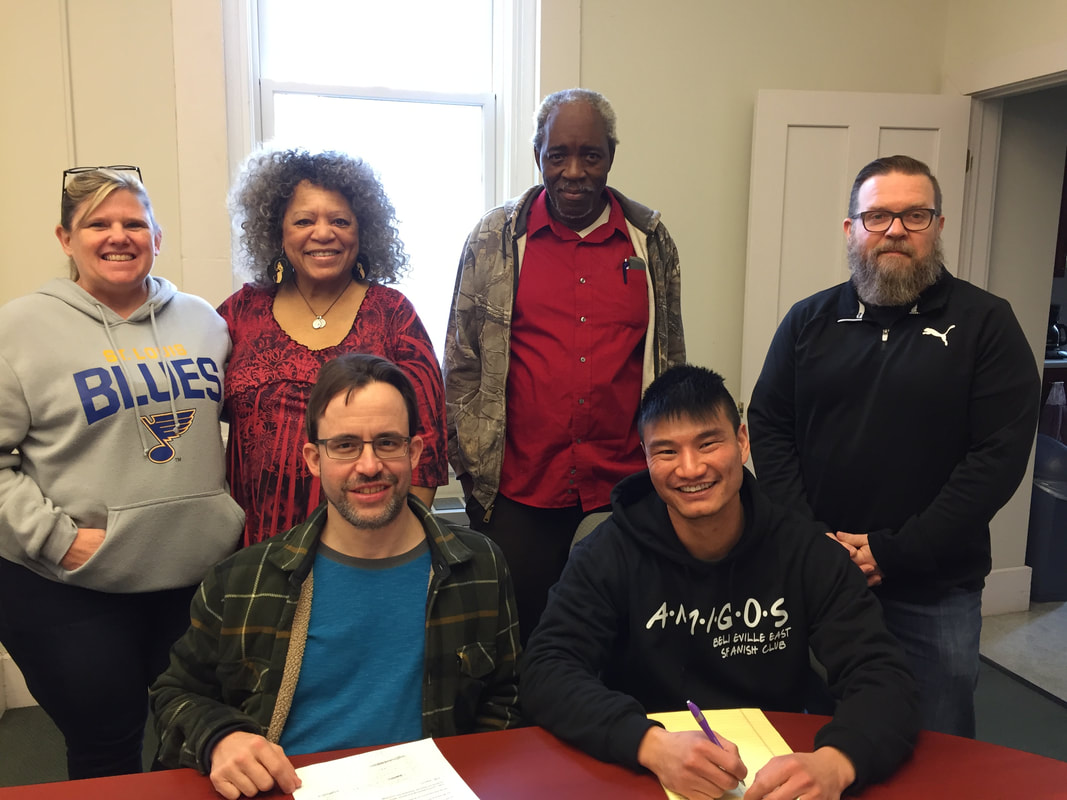 Vestry Nominees (3-year terms):
James Ammon
I’m from St. Louis, MO, where I was born and have spent most of my life. My wife Sarah and I have been married for 22 years and we have four children, Abbie 22, Samantha, 20, Gabriel 16 and Madeline 12. I’ve served 3 years in the Army and 3 years in the Missouri National Guard. I’ve worked in some form of IT support since I was taught basic electronics in the Army. After a brief stint as an EMT, I went to school and I graduated with my Associates Degree from Ranken Technical College in 1998. I went back to school and graduated from Kaplan University with my Bachelors of Science in Information Technology - Applied Technology in 2014. I came to faith later in life and it’s really become a cornerstone of my life and identity.
Sue Steptoe
Sue recently moved to the Carondelet neighborhood from elsewhere in St. Louis. She is a life-long friend of Maddie Nador who invited her to attend St. Paul’s years ago. She brings a wealth of life-experience, wisdom and a gift for hospitality to her potential election to vestry. She is the mother of adult children and lives with her partner, Jimmy and their miniature schnauzer, Scout.
Derek O’Chiu
I've been a member of St. Paul's since 2016. I've had the honor of being baptized and confirmed in this church. If on the vestry, I'll bring with me leadership that I've developed over thirteen years in the classroom and with over twenty years as a martial arts instructor. Moreover, I'll also bring with me an open ear and a positive attitude. I'm always willing to listen to your feedback. Thank you for your consideration and I hope to serve St. Paul's and lead it into the next phase of a prosperous future.

Current Vestry Member and Treasurer, Kim Boelling, has agreed to serve on Vestry one more year to create a more staggered Vestry rotation. With Kim remaining, we’ll be able to gain a better balance of retention and change within the Vestry.